Church planting has proven to be one of the most effective ways to spread the good news of Jesus Christ and expand the church around the world. This can happen by reaching one more person or providing an additional missions base to enable us to send, pray and give to spread the gospel around the world. Rockside Church was started October 2002 and was founded by Rev. Donna L. Barrett.

A two-day prayer summit was held to ask for God's help and guidance, followed by 2 informational meetings open to those interested in the possibility of being part of the core group from the parent church, Bethel Temple, where Rev. Donna Barrett had served on staff for 7 years.

Weekly core group meetings were started for times of prayer and relationship building. Core group members met weekly sharing their personal story of how Christ has changed their lives, developing leadership, praying together and building the foundation of this new church.

The first core group meeting was held at the home of the Potelicki Family, then Freedom III office building in Independence. During this pre-launch season, the core group took "field trips" on Sundays to area churches and built relationships with people in the area, hosting a National Day of Prayer event and served at city activities. The youth group met in the basement of the Potelicki's home beyond the launch season.

On August 17, 2003, Rockside Church hosted an Open House for the community and area supporters. The Grand Opening Service for Rockside Church was held on Sunday, September 7, 2003. 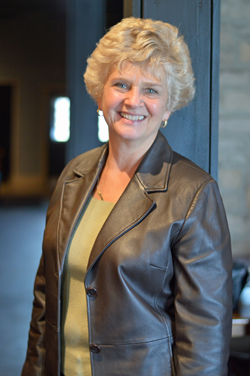 Pastor Donna Barrett stepped down as Lead Pastor after 15 years. She has accepted the position of General Secretary of the Assemblies of God. Below are three related articles: